roof tiles for the cap, a photo by bartswindow on Flickr.

I just finished overseeing and facilitating the construction on this wall. Rhiwena and Tygel did the lions share of the physical work on this project.
We used a slightly different approach than in the past with bales on edge and stuck on rebar spikes concreted into the footer when it was being formed up.
This minimized materials needed and kept the hours down around 150-200 total. The project was completed in 3 weeks about 4 days a week for 5-6 hours for 2 people plus about 35-40 hours additional labor from a third person taking care of logistics and materials.

This project was such an incredible community builder. Marcus, Colleen, and Lilly have a lot of friends that participated and made a few new ones from people going by. It was a fairly diverse group, with a few teachers people from local not for profits, a couple of retirees and about half a dozen children almost all of whom got to play in the mud. Over the four days I would guess nearly 20 different people showed up. The work is often close and the chit chat goes on through out the day while mixing or spreading on the mud.
Colleen made excellent lunches, and a few folks brought stuff. People drifted in and out, some coming 3 of the four days.
I hope to do many more of these in the future.
The materials were around $500.00 the whole project took about 3 weeks. I would be interested in facilitating projects like this in nearly any location. Meeting over the mud Frank does detail work, a photo by bartswindow on Flickr.

Frank a photographer and straw bale builder does some detail work on the smaller bench
The Second day of workshop went smoothly like the first.
This week we will do test coats to get the sand clay mix right, we are getting a lot of surface cracking. It’s hot and dry and windy which makes it a challenge to slow the drying down enough.
We had a good crew all day and a shift change around lunch like the first day.
Next weekend promises to be as much fun as this weekend come by any time after 9:00 e mail for directions etc wall final coats 034, a photo by bartswindow on Flickr. top crow scratch coat, a photo by bartswindow on Flickr. long and low, a photo by bartswindow on Flickr.

Bike and trailer, figuring out the load

I built this bike 15 years or so ago in East Cleveland in a shop I had in the Old World neighborhood. I designed, shaped, and Brazed the frame components. It has pretty cheap wheels but a good drive train and a good set of brakes. The seat is still in pretty good shape and is still real comfortable. The BOB trailer and bag will give me plenty of cargo capacity, and I like the way the trailer performs.

The trickiest part may be the guitar, I’m going to try that to Willcox then decide whether to ship it or store it, or just keep carrying it. It’s not a great guitar so if it gets damaged I wouldn’t be out so much and it would be nice to have it along for the off bike time.

I have a good tent and am bartering my Solar oven for a sleeping bag and stove. I’m gonna keep it pretty simple, but I am carrying the lap top camera and phone, at least as long as they last.

The route is mountainous and the gearing on this bike may not be low enough. I hope to sort that out either before I leave or in Silver City. If I can leave it the way it is I will, it’s just low enough for a crawl on the hills and I don’t spin out till the high teens. With a trailer this is good enough. [youtube=http://www.youtube.com/watch?v=Z9NOxtjxpoc] This is a YOUTUBE video on the bench wall process beginning to end 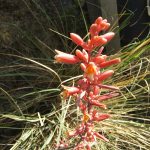 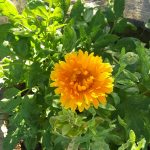 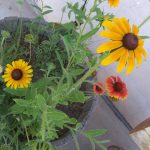 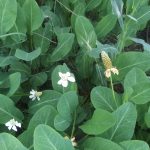 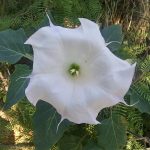 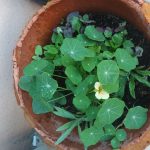 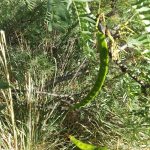 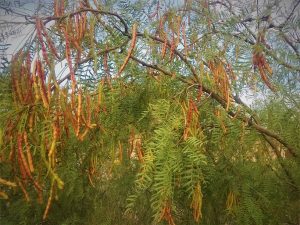